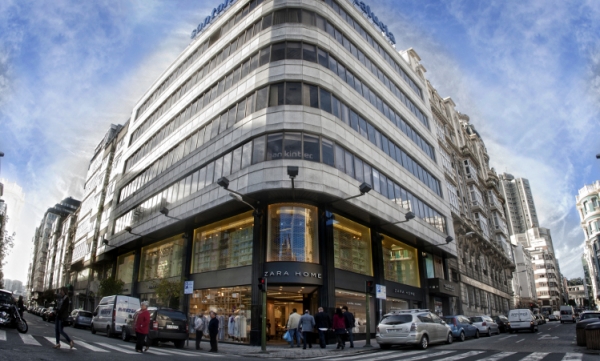 The Group continues to expand its global, fully integrated store and online sales platform. In the first nine months of 2014, it opened a net 230 new stores, in 50 countries and expanded its online footprint. Following recent online launches in South Korea and Mexico during the past quarter, the Group is now present in 27 markets.

New stores were opened in all geographic regions; strong space growth continued, helped by major openings across all of the Group's concepts. Over the nine months, net new openings hit 154 in Europe, 34 in the Americas and 70 in Asia and the rest of the world, bringing the global footprint to 6,570 stores across 88 markets.

All of the Group's concepts had net new openings over the period and continued to roll out their newest store images. Specifically, during the third quarter, Stradivarius opened its first store in the UK, Massimo Dutti launched in Austria and Pull&Bear opened its first store in the Philippines.
Some highlights over the quarter include four new Zara stores in Australia (Sydney, Perth and Brisbane), a further four Zara stores in Germany (Bremen,

Stuttgart, Berlin and Hagen), plus another three in Brazil (Fortaleza, Santa Catarina and Vila Velha), two in the US (California and Virginia), two in Japan (Osaka and Kawasaki) and eight in China, as well as new Zara stores in cities such as Seoul, Cape Town and Vienna.
Highlights among the Group's other concepts include: the new Massimo Dutti store in the historic heart of Vienna (Kholmarkt, 9) and in Seoul (Coex Mall); three new Pull&Bear stores in Germany (in Dresden, Stuttgart and Oberhausen); two new Bershka stores in Japan (Osaka and Utsunomiya) plus another four in Germany (Berlin, Stuttgart, Mannheim and Dresden); as well as further openings in major shopping districts in cities such as Osaka, Nagoya and Rio de Janeiro. In November, Zara Home launched in South Korea and Hungary.

More in this category: « Corporation Named as One of the 2014 North America Aon Hewitt Top Companies for Leaders Grand opening for Puxi Showroom, Shanghai’s largest »
back to top