Discover the inspiration behind the new collection Rose des Vents 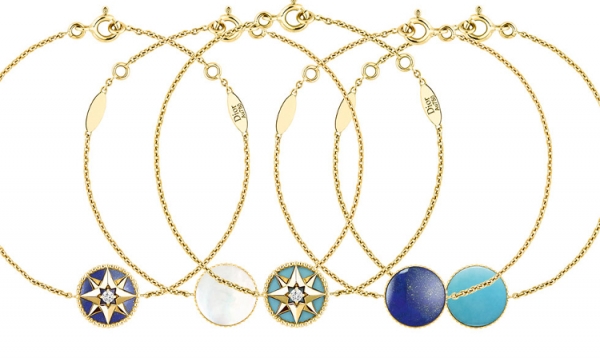 After a voyage being carried along by the four cardinal points, now it’s time to discover the inspiration behind the new collection Rose des Vents designed by Victoire de Castellane, the creative director of Dior Joaillerie. At all began at Granville, in the villa where Christian Dior had spent his childhood. Overlooking the sea, perched on a cliff-top, it was named Les Rhumbs, the name given to the thirty-two divisions of the wind rose (the 'rose des vents' in French), and in effect, everything about it alludes to travel. The Channel Islands are visible on the horizon on a good day, and the boats that passed near the steep coastlines had the Americas as their next stop.

.Behind the house, the pool designed by Christian Dior features a mosaic wind rose motif on the bottom, and the garden was where his passion for flowers, and the rose in particular, was born.

Some years later, in Paris, it was as the result of chancing upon a somewhat mysterious star on the ground that the highly superstitious Christian Dior decided to open his own couture house, interpreting this find as a portent of his destiny. Having become a couturier, he headed off to the four corners of the globe, with that same lucky star in his pocket.

All these stories are contained in the Rose des Vents collection designed by Victoire de Castellane, the creative director of Dior Joaillerie. In yellow gold and mother-of-pearl, in lapis lazuli or turquoise, or rose gold with pink opal, the jewels have all the delicacy of a memory subtly whispered. In a nod to rigging and an ode to the ocean, a twist of gold rice grains encircles the medallion hanging from its chain, showing either its hardstone or wind rose face, according to the wearer's movements. As bracelets, and necklaces short and long, the collection develops the motif, broadening the horizons for the medallion jewel.

More in this category: « Glasgow Kelvin college jewellery show Double-faceted level of seduction »
back to top