Mobile column lifts – everything that you should know about them 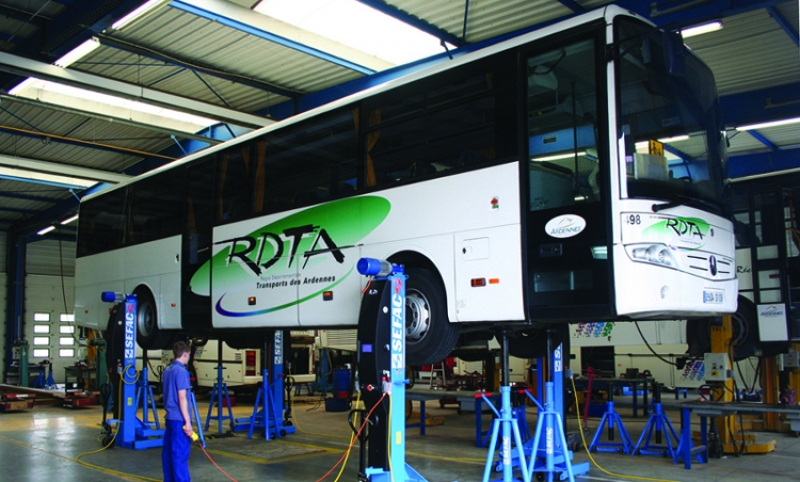 We often associate modern technology with extremely advanced machines used in large laboratories or factories which develop innovative solutions that do not affect the average person. However, the main advantage of well-developed technologies is that they serve the average person, making it much easier to work and do everyday tasks. We are surrounded by new technologies at every step.

One of the fastest growing areas is functional mechanics, which is most often used in a variety of factories, warehouses, and car workshops. An example of a solution that greatly simplifies the work of car repair shops are column lifts. These are devices that resemble a narrow column with arms. Such lifts occupy little space and can be used both outdoors and inside the workshop. It is a good idea to use mobile column lifts, especially if the workshop repairs both passenger cars and larger vehicles such as vans or buses. A single lift allows you to lift up to 5 tons, which enables lifting a standard passenger car, while larger vehicles are lifted using 4 or more lifts. The spacing of mobile lifts can be adjusted according to the dimensions of the vehicle.

Column lifts are generally used wherever there is no place to build a traditional inspection pit. However, even in places where such pits are used, column lifts are becoming an increasingly popular solution. This is because they make it much easier to work in a team where more than one mechanic is repairing vehicle, and the mechanics differ greatly in height. In a few seconds you can set the desired height, which enables convenient access to the chassis of the vehicle. Lifts can also significantly simplify body work.

When using several column lifts at the same time, you may want to consider an additional solution - a remote control system that can be connected freely to the selected device or group of devices. This makes it much easier to work and quickly set the appropriate height for several columns at the same time. Usually manufacturers offer such systems as additional accessories to their machines.

More in this category: « A wall mural for your apartment 5 coaches who made a fool of critics »
back to top