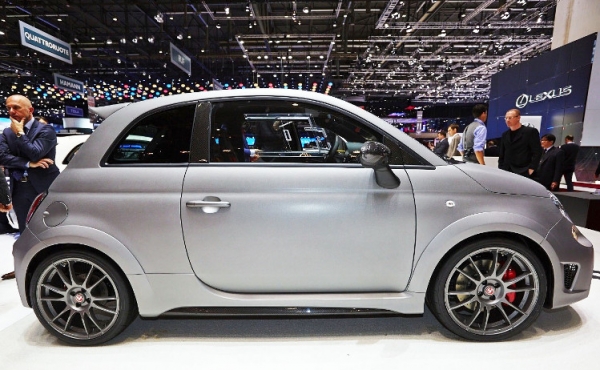 "We are extremely enthusiastic that Abarth's racing spirit continues to evolve into prestigious activities like those of ADAC Formula 4, certified by FIA - declared Abarth EMEA Manager Marco Magnanini -. In fact, if on the one hand Abarth makes technologically advanced and high performance products for its customers around the world, on the other it continues to keep its distinctive DNA alive through competitive racing".

"We are highly honoured to welcome Abarth to the ADAC family," said ADAC Sport Chairman Hermann Tomczyk. "With Abarth, ADAC has acquired a prestigious manufacturer as partner of the new ADAC Formula 4 championship in 2015. Abarth has also already supplied its engine to the Italian Formula 4 championship and the team and Federation were enormously satisfied".

Abarth will supply the engines to Formula 4 that serves as a training ground for the higher categories, also in consideration of the very young age of the drivers. It is one way for Abarth to train and stimulate the young athletes of today who will be the great drivers of tomorrow. For many years the programme for developing young drivers in the single-seaters has been the foundation for creating a generation of drivers who today are racing in Formula 1, such as the four-time world champion Sebastian Vettel, Nico Hulkenberg, Nico Rosberg and Ralf Schumacher, and, in the DTM, such as Martin Tomczyk, Pascal Wehrlein and Timo Glock, all coming from the ADAC promotional championships.

"Together we have created a solid 'package' for the beginning of the season of the new ADAC Formula 4," added Lars Soutschka, ADAC director of Motorsport and Classic. "Abarth supplies the engines, Tatuss the single-seater, Pirelli the tyres and Motec, our historic partner, the wheel rims. I'm impatient to see our ADAC Formula 4 make its début on the track, powered by the Abarth engine".

The Abarth 1.4 T-Jet 160 HP will be fitted on the single-seater built by the Italian company Tatuus. This car meets the high level of safety demanded by FIA. The first ADAC Formula 4 appointment of the 2015 season is set for Friday to Sunday, 17 to 19 April, at the Oschersleben circuit. It will be the first of eight events on the calendar, two of which will be raced on circuits outside of Germany.

More in this category: « Mopar® designs exclusive accessories and services for the new Fiat 500X Lancia Ypsilon ELLE stars at ‘Artissima 2014’ »
back to top