Dou you own a boat? Have you ever tried boat and yacht wrapping? 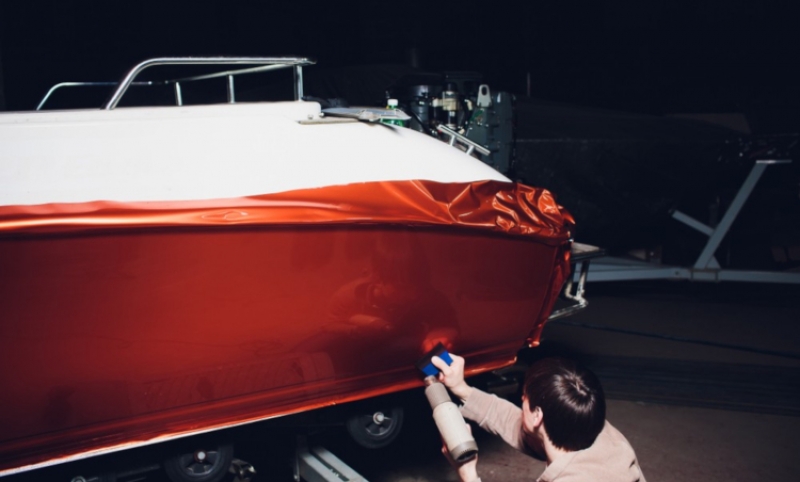 The Pros & Cons Of Wrapping Your Boat

Over the past few years, an increasing number of boat owners have been wrapping the vehicle.

Despite this popularity, there are still a large number of people who don’t know what boat wrapping is or how it can benefit them.

This is the process of applying a piece of film to the yacht, which subsequently provides a protective and decorative quality to it. The use of this vinyl is typically done on the hull of a boat, which is then used to either renovate it or offer it an enhanced about of protection against water damage.

There can be a variety of things that boat owners may not know about yacht wrapping, with this usually revolving around its pros and cons.

What Are The Benefits Of Boat Wrapping?

There are quite a few notable benefits to wrapping your yacht, with one of the most notable being that it can be a cost-effective way of protecting it. This should ensure that the vehicle is much more weather-resistant than before.

Alongside this, it can be much easier to maintain, as boat owners shouldn’t need to worry about any polish or bluff. This should mean that it will be much easier to clean than it was before the wrapping took place.

Should any damage occur, then this will be much easier to fix, as it will only need a relatively quick and simple patch job. The wraps are also more reversible than many people will believe, as they shouldn’t damage the paint underneath.

This should mean that the majority of boat owners will be able to change their boat wrap whenever they want to without worrying about the cost of repairs.

What Are The Disadvantages Of Yacht Wrapping?

While boat owners will be able to take advantage of several benefits when wrapping their boat, there can also be a few drawbacks to it. Perhaps the most notable of these is that their yacht can have a noticeably duller finish.

This is primarily because the materials that are used shouldn’t be as bright or as colorful as glossy paint, which could be a negative for many boat owners. Alongside this is the fact that the joints used in connecting the wrapping could be visible, especially at close range.

One of the last notable differences is that the wrap may need to be patched over time, as it can be susceptible to corrosion. As a result, there could be a noticeable difference in color after several months of use, which could be a significant negative.

While there can be a few drawbacks to boat wrapping, there can be many more benefits to this. With how much pride the majority of people will have in their boats, it can often be vital to take advantage of the process.

Though many people may see this as expensive, yacht wrapping should be much more affordable than they may have thought. As such, it can be quite a cost-effective way to ensure that their boat is as well protected against the elements and other damage as possible.

More in this category: « Car rental in Spain from A to Z The Must-Visit Mediterranean Yacht Charter Destinations For 2022 »
back to top