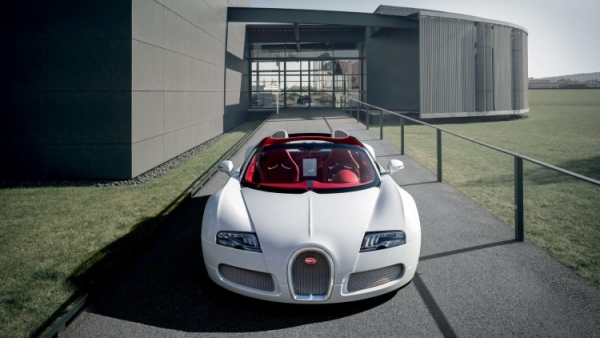 Hard as it may be to believe, it has now been nearly a decade since Bugatti first introduced the Veyron back in 2005. And in the ten years since, the Alsatian marque has sold 442 of the seven-figure hypercars, leaving just eight roadsters still left up for grabs before one of the most impressive feats of engineering in the history of the automobile roars off into the sunset.

If it's taken Bugatti over nine years to build the first 442 examples at a rate of about one per week, it should take about another two months to complete those final eight examples – that is, once production of outstanding orders are completed, and orders for the remaining examples are placed. Considering it's taken nearly five months to sell the previous seven examples, Bugatti might have to do what Bugatti does and roll out some special farewell edition to move those last few examples off the line.

The bigger question, though, is What comes next? With development of the succeeding Chiron reportedly pushed back, there's been talk of one last hurrah for the outgoing Veyron in the form of an even more extreme speedster of sorts. But as Car magazine reports, after speaking to Bugatti CEO Wolfgang Dürheimer at the launch of the company's merchandise boutique in London, the company will soon need to get down to the business of putting together the pre-production prototypes for the Chiron with its anticipated 1,500 horsepower and even more impressive performance. One way or another, we're not expecting a lot of down time at the French workshop in between production runs.

More in this category: The sportiness of the Audi TT* redesigned: The Audi TT Sportback concept show car »
back to top