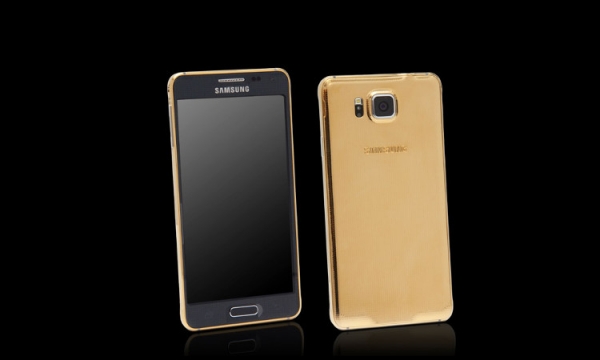 Goldgenie, a British company specializing in device customization, has added a 24-carat gold-plated Samsung Galaxy Alpha to its offering. The flashy smartphone is priced at around $2,500.

Over the Galaxy Alpha's polycarbonate shell, Goldgenie has added a 24-carat gold veneer with a thickness of between five and ten microns.

Underneath, the technical specs of the Samsung Galaxy Alpha are unchanged, from its 4.7-inch Super AMOLED screen to its octa-core processor clocked at 1.8GHz. The device is 4G ready and has 32GB of storage, enough to let users take advantage of its 12MP camera.

Presented in an exclusive cherry oak finish box, the glitzy smartphone costs €1,997 (around $2,500). For the same price, Goldgenie also offers a gold-plated Samsung Galaxy S5. The company has also given the Midas touch to various iPhone, iPad and BlackBerry models.

More in this category: « Longines celebrates Singapore’s 50th Anniversary of Independence with an exclusive limited edition watch Oppo R5 - Form Beyond Shape »
back to top