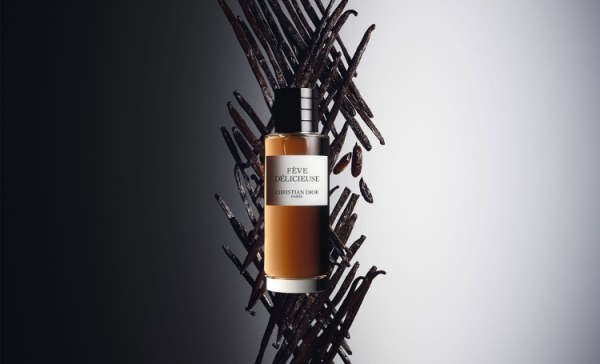 The new fragrance from La Collection Privée Christian Dior, Fève Délicieuse, is both an homage to Christian Dior’s gourmet tastes and a celebration of the aromas of an emblematic perfume-making element: the tonka bean. Christian Dior was passionate about everything that had to do with French art de vivre, and about gastronomy in particular. He loved full and refined flavors.

Fève Délicieuse celebrates this aspect of his personality and his passion for beautiful things. Here François Demachy, Dior’s exclusive perfumer-creator, gives the starring role to the tonka bean, a seed of extraordinary aromatic power found as much in oriental fragrances as in desserts from the greatest pastry chefs. "The tonka bean has a double-faceted level of seduction. Milky and sweet, it’s irresistibly attractive. But it also reveals a soft and somewhat bitter side when one tastes it,” he explains. To heighten these traits, Venezuelan tonka bean absolute, Madagascar vanilla, bergamot, cardamom, and benzoin are mixed together with rose for a contrast-rich scent that echoes the personality of the Dior woman.

More in this category: « Discover the inspiration behind the new collection Rose des Vents Do you eat the right amount of dairy products? »
back to top