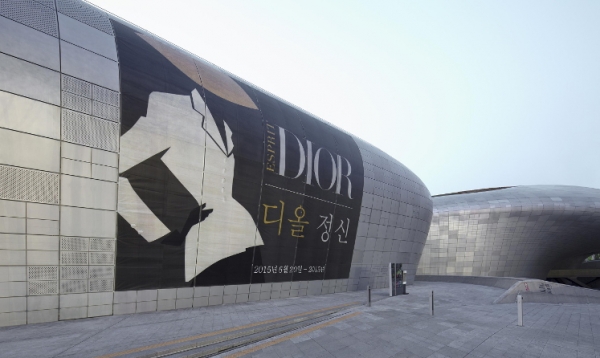 As the Esprit Dior exhibition gets ready to open in Seoul, South Korea, we examine the origins and the essence of the House spirit. The Dior Spirit is defined as that special chemistry that is behind all of the House’s creations, both of yesterday and today.

A chemistry arising from the meeting and fusion of all those cultural, artistic and historical movements that influenced and shaped Christian Dior in his time. The eighteenth century and its works that express the height of luxury à la française, the Belle Epoque and its sensual silhouettes with their architectural curves, the work of Pablo Picasso, Salvador Dalí and Alberto Giacometti which he exhibited in his gallery before becoming a couturier – all these sources of inspiration influenced the couturier’s creations, and continue to pulse through the House’s contemporary output. This special alchemy can be discovered in the Esprit Dior exhibition currently on view in Seoul, South Korea.

Through the works of Do Ho Suh, Dongyoo Kim, Lee Bul, Kim Heryun and other artists invited to deliver their vision of Dior, and in the exchange of echoes and imaginary dialogues between Christian Dior and Raf Simons, the language of the House is reinvented. With the Bar suits of 1947 and their reinterpretations of today, with their whittled waist and emphasized bust. With the gardens, one of the main influences on the perfumer-couturier who was Christian Dior who looked to them to crystallize his passions, inspire his creations and express his ambitions. With Miss Dior and J'adore, the iconic perfumes whose story is told in the exhibition; and with the ateliers located under the eaves of the legendary 30 Avenue Montaigne which reflect the outstanding savoir-faire perpetuated by the House’s petites mains since 1947.

More in this category: « Do you eat the right amount of dairy products? What makes a good washing machine? »
back to top